The global crisis in freight container availability, and consequence massive escalation in sea freight costs, made mainstream headlines in December – as parents worried there would be no Barbie dolls or Peppa Pig toys in stock for Christmas. A month on, the decorations are down, but the fastener supply chain continues to struggle with the severe impacts on product availability and costs, with little outlook for rapid improvement.

At the beginning of December, the BIAFD warned that the shortage of shipping containers at major global export ports was seriously impacting fastener availability in the UK and Ireland, forcing up container freight costs three-fold.
The situation in January is significantly worse. The problem is global, and not directly related to the UK leaving the EU. That said, issues at Felixstowe Port, which knocked onto other UK ports, have exacerbated an already critical situation. The escalation of Covid-19 infections in the UK now also means shipping lines continue to avoid British ports, preferring to off-load in Northern European, adding a further two weeks before goods are received in the UK.
The latest picture from BIAFD importing members show Asia-North Europe container freight costs have continued to rapidly escalate: pushing them five times – in some instances even more - higher than mid 2020. For a container of some standard fasteners with a low value per weight, that could easily mean the freight cost now equating to a third of the value of the consignment. As a result, some BIAFD members have reluctantly decided they simply cannot afford to bring in product, even though current inventory is rapidly eroding to support increased demand from construction and manufacturing. Most fastener importers, however, are competing against high value consumer goods for scarce containers and being forced to pay massive premiums. Insult is added to injury, when they are then presented with additional charges of several hundred dollars, to ensure a container is collected in time to be loaded for its sailing.
There are signs of limited improvement in container availability in key Asian exporting ports, as shipping lines actively reposition empty containers and container manufacturers work all out to supply new boxes. However, container availability remains substantially in deficit with little immediate prospect of major improvement, and now the Chinese New Year is rapidly approaching. The most important Chinese holiday period, this year in mid-February, always means a surge of export activity ahead of factory closures, increasing pressure on extremely limited container capacity, followed by several weeks of catch up, once factory, haulage and port operations return to work. As early as the second week in January, BIAFD importers were being told by freight agents that there was no possibility of their containers being shipped before the Chinese New Year.
Governments around the world may be losing patience with the apparently out of control shipping rates and supplementary charges. However, threats of capping shipping costs or competition authority investigations are currently doing little more than shaving the very tip of the iceberg.
BIAFD currently sees little probability of significant improvement, either in availability or freight costs, until well into the second quarter 2021. Its members’ highest priority is to maintain the best possible availability for critical manufacturing and construction supply chains. That inevitably means fastener costs will increase significantly, as at least some element of the massive hikes in freight costs are unavoidably passed on, alongside the impact of major increases in steel and stainless steel raw material costs.
Published 28.01.2021

A shortage of shipping containers at major global export ports is now seriously impacting fastener availability in the UK and Ireland, the British & Irish Association of Fastener Distributors warns. The crisis is also forcing up container freight costs three-fold and exacerbating other cost drivers to fuel sharp product inflation.

Container shortages are currently the biggest disrupter according to specialist supply chain media The Loadstar1 on 1st December. That’s an assessment echoed by BIAFD importer members, who say they now have major backlogs at factories, which cannot be shipped to the UK and Ireland due to the lack of containers.
The CAx, an index of container availability2, is now at record low levels. A reading below 0.5 indicates a deficit of containers. For week 49 the reading for Shanghai Port was just 0.03 – compared with 0.53 ten weeks previously, and 0.66 in Week 6 2020. The indices for other global – and also European ports - show plunging container availability over recent weeks.
The container shortages are an indirect consequence of the Coronavirus pandemic. Emerging early from the pandemic, Chinese factories recovered production and recommenced exports to global markets. More recently, export shipments increased ahead of the Chinese National Day holiday in October, further ratcheting during the peak season run-up to Christmas.
Containers are collected from port and road or rail freighted to companies. However, return times to ports in all import markets have significantly increased, due to coronavirus-related shortages of vehicles and drivers.
Container shortages have also been exacerbated by the volumes of personal protection equipment being imported. In November, the UK’s main container port at Felixstowe was said to be storing some 11,000 containers of PPE ordered by the British Government. Many of these containers have now been moved to inland storage points but the containers are unlikely to be released for many months and potentially longer.

With finances hit hard by the collapse of global trade, resulting from the pandemic, shipping lines radically tightened capacity on most routes. Lack of capacity and low backhaul profitability has meant containers returning to export markets far more slowly. More lucrative transpacific routes to American markets have also taken priority for both container ships and containers over European routes.
While container manufacturers are reported to have stepped up production, output lags well behind demand, and the knowledge that the container market will eventually rebalance is a disincentive to further ramping up output.
All the indications are that it will be several months before equilibrium is restored. With backlogs rapidly growing at exporters and an early Chinese New Year putting further pressure on capacity, it looks improbable the situation will return to any level of normality until the end of quarter one 2021.
UK and Irish importers have faced additional challenges, due to persistent delays at Felixstowe Port, which have knocked onto other UK ports. Some carriers have applied substantial port congestion surcharges, further adding to importers’ costs. More problematically, some shipping lines are by-passing UK ports to avoid delays, dropping containers at Northern European ports - which typically adds a further two weeks to lead times, placing further pressure on availability.
In addition to creating availability challenges, all of these factors are driving major increases in freight costs for importers. BIAFD importers report container freight costs tripling, without factoring in port surcharges or costs of rerouted shipments. This means an effective on-cost to products often well in excess of ten percent.
Other inflationary pressures on fastener costs were already becoming evident. Asian steel prices have increased sharply in the last month, with further increases predicted, as supply tightness is compounded by a serious accident in a major Korean steel plant. European steel lead times have also extended sharply, for some wire grades tripling to more than twenty weeks, and steel producers are expected to introduce substantial cost increases early in 2021. 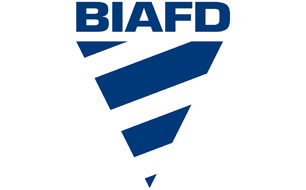 The British & Irish Association of Fastener Distributors represents the interests of more than 85 United Kingdom and Ireland fastener importers, wholesalers and distributors. www.biafd.org
Published 08.12.2020
For further information contact BIAFD at info@biafd.org.uk or on 07519 853402