TR Fastenings offers its wholehearted congratulations to Don Lamb who successfully completed the Wall Ultramarathon on 18th June in an incredible time of 19hrs 13 mins and 47 secs!

Don commented, “My feet are in pieces but it was an amazing experience – though not one I would repeat in a hurry! The best bit was that my son James, who is 12, walked the last 7 miles with me which made it feel a bit special.”

“I would like to say a massive thank you to TR Fastenings and all those who have donated and supported me, as without them I am sure I would have given up.”

Not only did Don run an impressive race, but he has also managed to exceed his fund-raising target for Waverley Primary School’s outdoor learning classroom by a staggering 172%, raising £345 in total.

Read more about Don's training in the lead up to the Ultramarathon below.

Don Lamb, Business Development Manager at TR Aycliffe, will be undertaking an incredible cross-country ultramarathon on 18th June, running 69 miles in 24 hours from Carlisle to Newcastle-upon-Tyne.

Supported by TR Fastenings, Don is raising funds for Waverley Primary School, which will be used to build an outdoor learning classroom from which pupils will be able to study in an outdoor environment.

The Wall Ultra Marathon route will take Don from the east coast to the west coast of the UK, much of it along the famous Hadrian’s Wall, which was originally built by the Romans in 122 AD to defend the Britons against a Scottish invasion.

Donations are much appreciated and to sponsor Don, click here.

With only a few days to go to the big day, my poorly knee is still poorly!! But better than it was.
As dedication to the cause I have let my wife wax my chest so I can apply plasters  to the parts that may rub!! I think this may be have been the worst pain that I will endure but it certainly brought a smile to my wifes face!!
I have a tracker device on the run so if anyone wants to keep track of how I am doing click here.
Just wanted to say thankyou for all the support and I will see everybody when I am back at work (maybe walking slightly gingerly ) next week!! 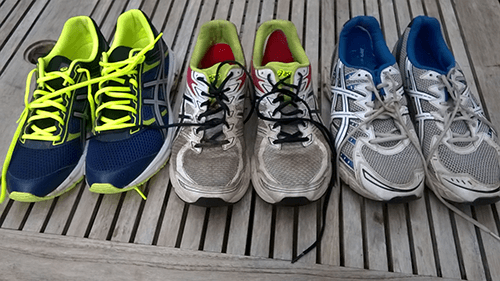 "With just under 3 weeks to go I have had a few challenges with my training regime. I have managed to injure my right knee so it has curtailed my training runs. I have been to a sports injury clinic who have instructed me not to run for the next 9 days and to try swimming as a way of keeping my fitness up in the meantime. I also endured a sports massage to loosen my hamstrings. This is the first time I have had this done and to say it isn’t the nicest experience I have had would be an understatement! The run will not beat me, I will continue and I will finish it."

For more information or to request a press pack, contact TR Marketing: marketing@trfastenings.com