The Board of Trifast issue the following unaudited trading update ahead of the Group’s Half-year results for the six months ended 30 September, which are scheduled to be announced on Tuesday, 8 November 2016:

As we reported at our AGM on 27 July 2016, ‘TR’s business remains solidly on track in terms of our organic growth performance and capital investment objectives, despite widespread general economic concerns arising mainly from Brexit’.
Three months on since the EU Referendum, we are pleased to report that the positive trend dynamics for TR have been reassuringly sustained resulting in our business units across the Group experiencing continued good organic growth on a constant currency basis. Consequently, this trend is enabling us to boost our ongoing global investment objectives covering the specific areas of people, skills training, production and automated quality inspection equipment.
At the end of this half-year period, we have also settled the deferred consideration payment of €1.7m due to the owners of Kuhlmann Befestigungselemente GmbH & Co. KG Germany (“Kuhlmann”) which we acquired on 1 October 2015. Meanwhile, we maintain our constant search for suitable, well managed ‘bolt-on’ profitable acquisitions that, like our most recent acquisitions immediately add value to our global strategy. While our strict target criteria continues to limit choice, it considerably mitigates risk.
Today, in excess of half of Group revenue is derived from outside the UK, therefore our reported financial results are clearly impacted by the effects of foreign exchange movements. During the first half of the current financial year we have benefitted from a tailwind from the weakness of Sterling. 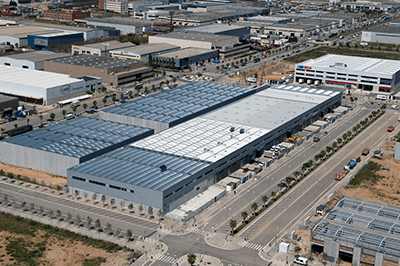 Finally, to meet the geographic presence required to satisfy key customer demand we are pleased to announce that this month we have expanded our European presence, opening a greenfield distribution and technical centre in Barcelona, Spain. This operation's initial focus is on the burgeoning Tier 1 automotive, a sector that continues to be an important growth driver for TR.
We remain confident in our future prospects as we continue to execute our strategy and look forwards to updating shareholders further on our performance in November.
Click here to hear Malcolm Diamond, Executive Chairman, discuss Trifast plc's unaudited trading update ahead of the Group’s Half-year results for the six months ended 30 September, which are scheduled to be announced on Tuesday, 8 November 2016. Trifast remains solidly on track in terms of their organic growth performance and capital investment objectives, despite widespread general economic concerns arising mainly from Brexit.