Security fasteners for peace of mind - don’t take a risk, secure it

The development of mass air travel, smartphones and other technology has completely transformed the way in which we live, including the need for security features to be incorporated into almost every product around us. Safeguarding against theft, vandalism and tampering is an increasingly essential part of many design specifications as the impact of global theft within the public sector can prove very costly. Easy targets for terrorism, vandalism and petty theft include: public transport, football stadiums, vehicles, public lighting, hotels, CCTV and prisons.
Security fasteners are used when it is important that the enclosed components cannot be tampered with or the structures easily removed, if at all, by anyone other than a specialist technician – as they are often protecting expensive or function-critical electrical components. By implementing security and tamper-resistant engineering right at the beginning of the product development phase, we can ensure we are doing all we can to contribute to a safer and more secure world.

When it comes to public transport systems, such as the London Underground, securing various safety-critical items like control panels, benches, lighting and train handrails is important. With approximately five million people using 270 stations of the London Underground network daily, coupled with an increase in crime and threats of terrorism; if any of these fastenings were able to be tampered with, there may be a significant threat to the health and safety of commuters.

Regardless of the event, the priority of a stadium or arena is the health and safety of attendees and staff. Sports venues in the UK are some of the safest in the world and reported injuries are relatively low. But major venues such as the London (Olympic) Stadium still need and use a wide variety of security fixings to protect the property and the public. For instance to ensure that roofing, seats, railings and similar structural elements are secure and won’t lead to injuries such as crushing.

For the drive of your life: vehicle security

Security fasteners have also become increasingly used in the automotive sector; from securing seat belt fixings, to roof racks, to airbags and structural systems. Seat belts are probably the most important part of the interior of the vehicle that can save someone’s life or prevent them from serious injury in a collision. It goes without saying, if seat belt fastenings aren’t secure, the passenger or driver is in serious danger. In August 2018, almost 30,000 cars from two European car manufacturers were recalled because their seat belts could open at high speeds.

Security fasteners on public roads are used to secure illuminated signs, bollards, central island beacons, zebra crossings, and school crossing patrol warning lamps which are all important for the safety of drivers, pedestrians and cyclists.
The Government sets clear objectives with respect to reducing traffic accidents within England. And studies have shown that good highway lighting can reduce the number of night time road accidents thus increasing safety for road users by 30%.
It is therefore important to ensure that traffic sign equipment is fully operational and tamper-proof to provide drivers, pedestrians and cyclists with clear signing, direction and information.

Not unlike standard fasteners, security fasteners’ basic function is to fasten components to their enclosures or to secure product structures together. 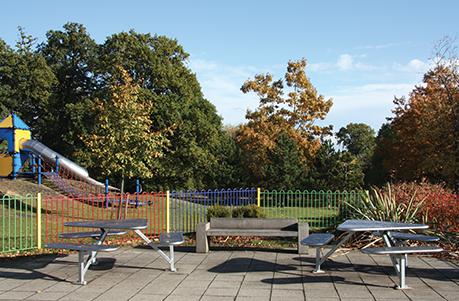 The introduction of stricter health and safety laws has led to the increasing use of security fasteners being designed into products.

Unlike standard fastenings, security fasteners can have more of a subtle look, and can be designed with the products aesthetics in mind.